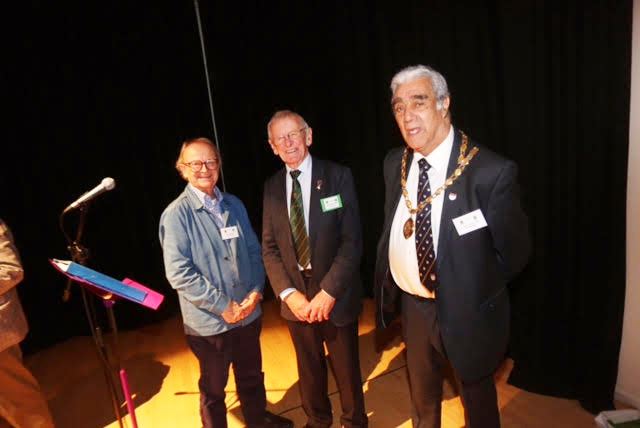 On 20 October 2018 we celebrated the ninety years since the School was founded. Here you will find some pictures and other items that encapsulated the great success that a year's hard work by your committee  achieved.

Bill Allen opened our proceedings with an amusing introduction. He then handed to over to Tim Peake on screen with a warm greeting message to Old Cicestrians. He added that he is proud to have attended the School and in particular puts a lot of his subsequent success down to membership of the Combined Cadet Force.

Bill then introduced David Wood OBE (pictured above) who talked us through the first ninety years of the School’s history David Wood then took over and described with numerous pictures and anecdotes the characters and events of our School since its inception. The audience was  treated to a masterful and humorous presentation and enjoyed it immensely. Sports and drama pictures were well to the fore and he duly paid tribute to The Fallen, the master and boys who died in the Second World War and are commemorated to this day on the plaque which is still attached to the wall in the new school as it was in the old one. Colin Snook is producing a book on each and every one of those that fell which has taken him several months to assemble. Draft copies were on view in the main hall for all to see.

John Child and Dave Smith and other colleagues who taught at the School in more recent years then asked the question “Apart from academic and sporting prowess what else has the School done for boys in more recent times?” Most Old Cicestrians of a certain age were amazed to hear of our School’s achievements in extracurricular activities of all kinds. Thanks to a huge effort by Headmasters Ron Austin and his deputy Frank Casey they pulled the school back from the brink; things had become so bad all discipline had broken down and results across the board suffered accordingly. These two men quickly re-imposed discipline and used a range of outside activities and sporting opportunities to enthuse the pupils and greatly assist the academic staff to rebuild their side as well. We heard how the school has consistently topped the Duke of Edinburgh’s Gold Awards against fierce opposition from across the whole country.

A programme of events, which included CCF and gymnastic displays in the Tim Peake Centre as well as a visit to the Chichester Planetarium with a talk by Old Boy Dr John Mason, was enjoyed by the many old boys and their companions on the day.

Please click here to view the video of the entire presentation

Please remember, as always,to click on any picture to see the full size version! 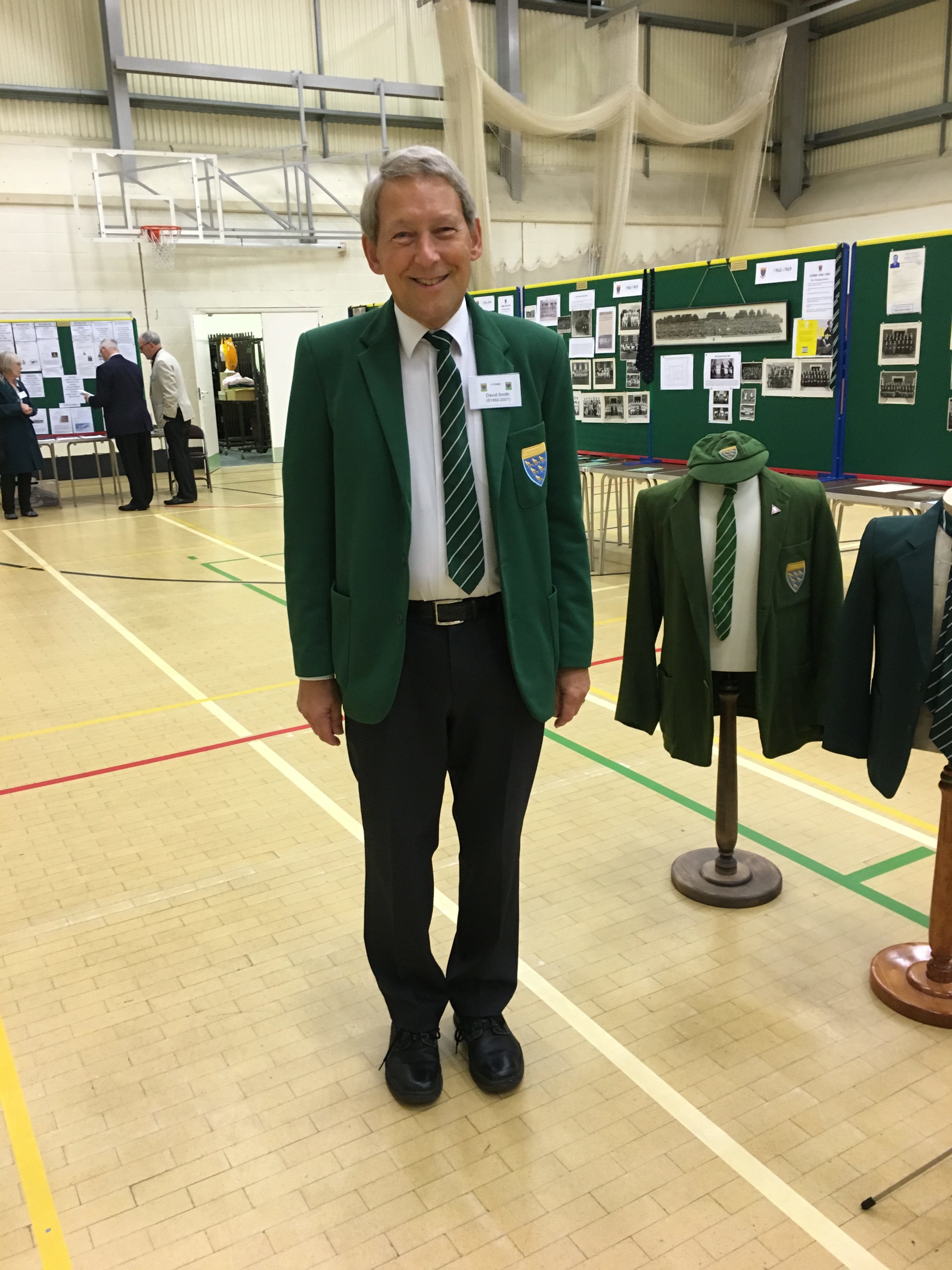 Former master Dave Smith who led a brilliant presentation with a previous Deputy Head John Child and ably assisted by several other former staff on the outstanding extracurricular activities of what is now "Chichester High School". 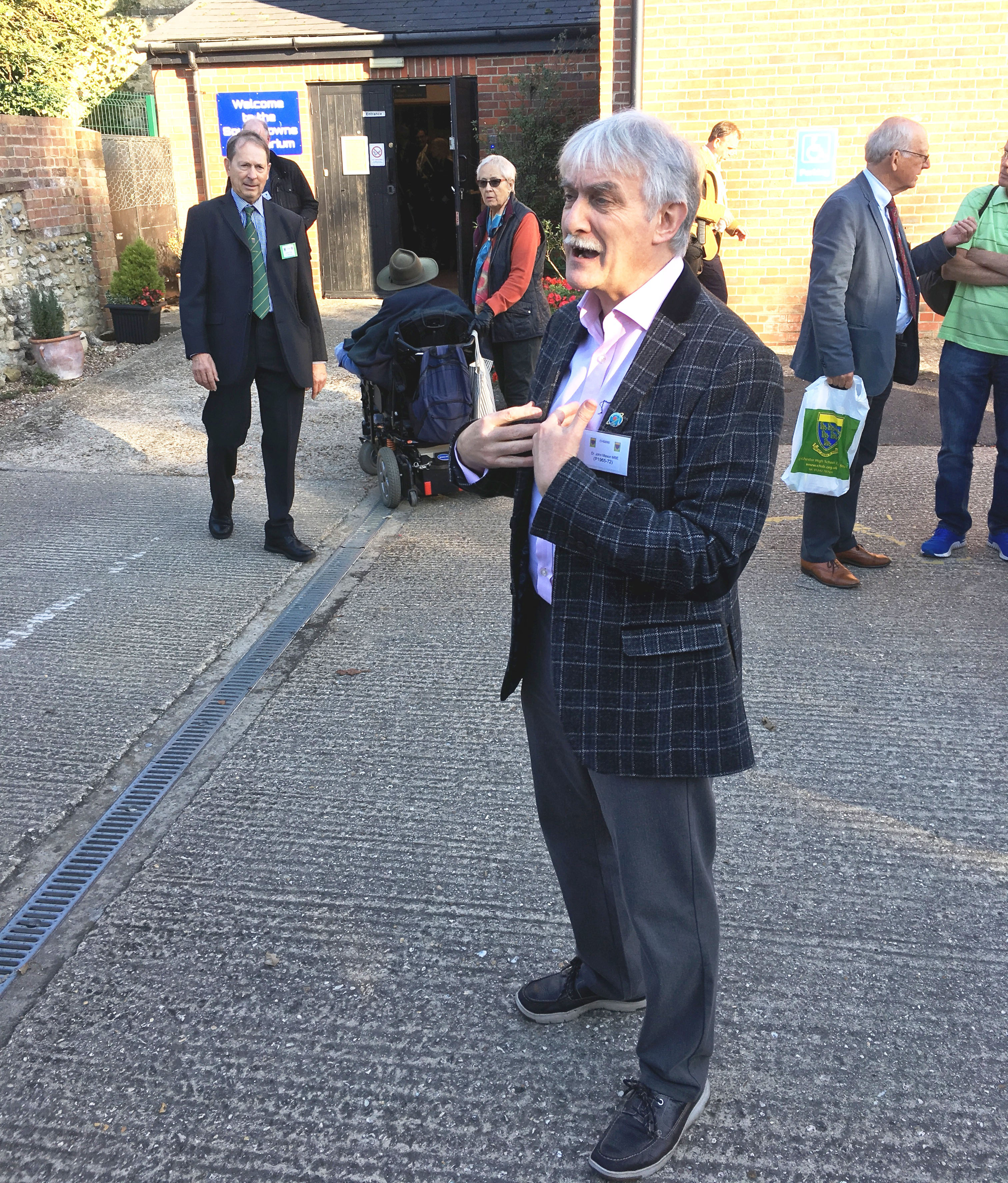 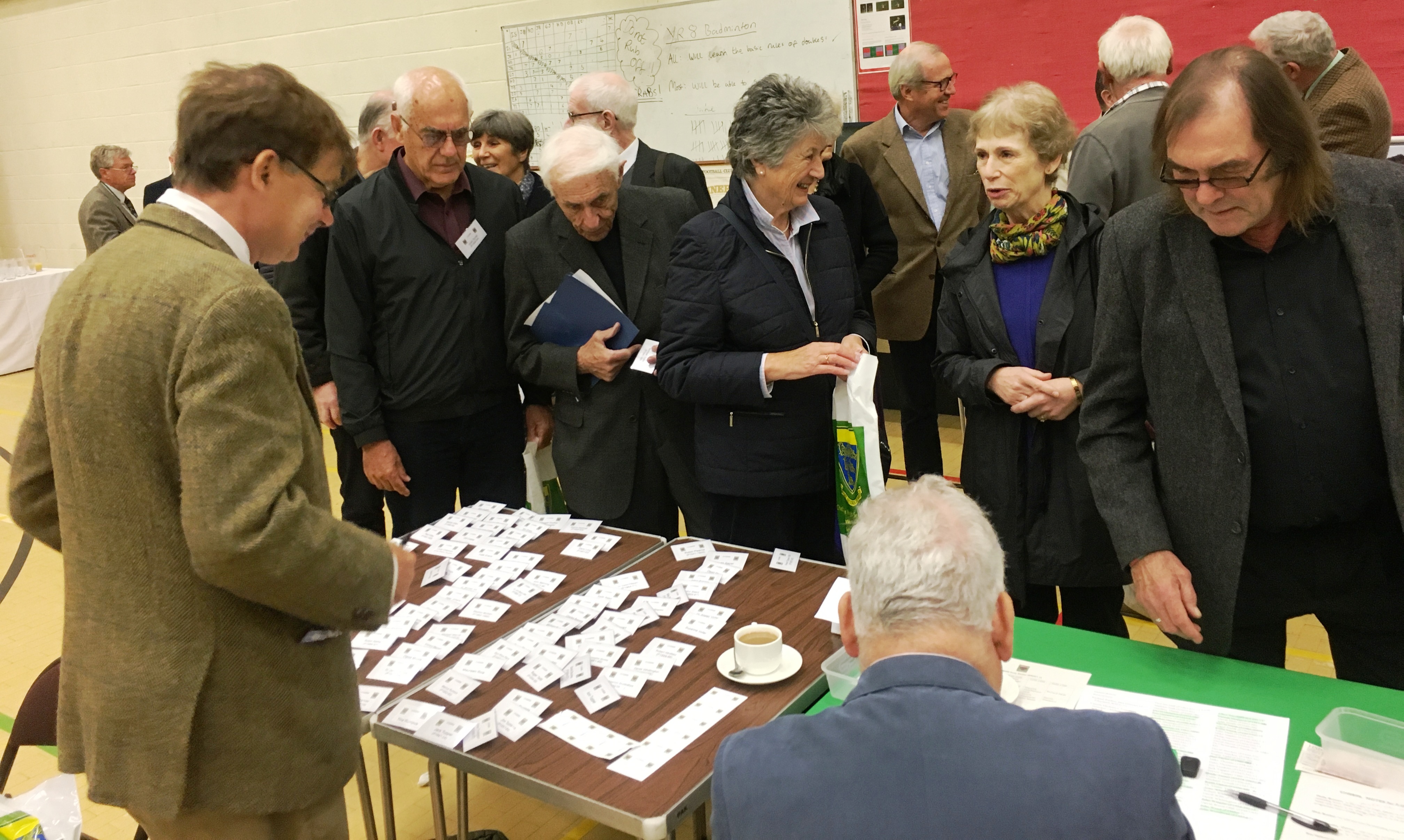 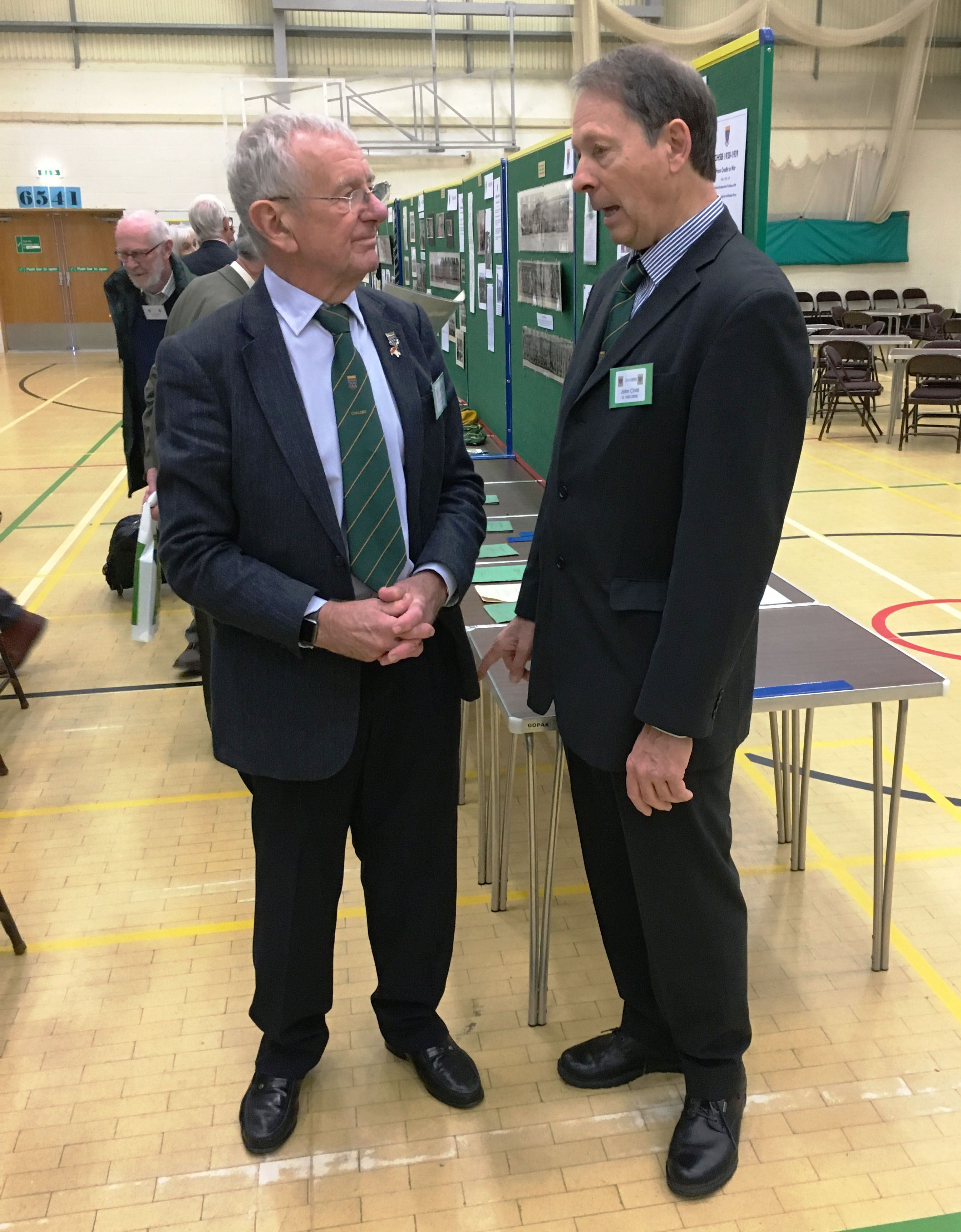 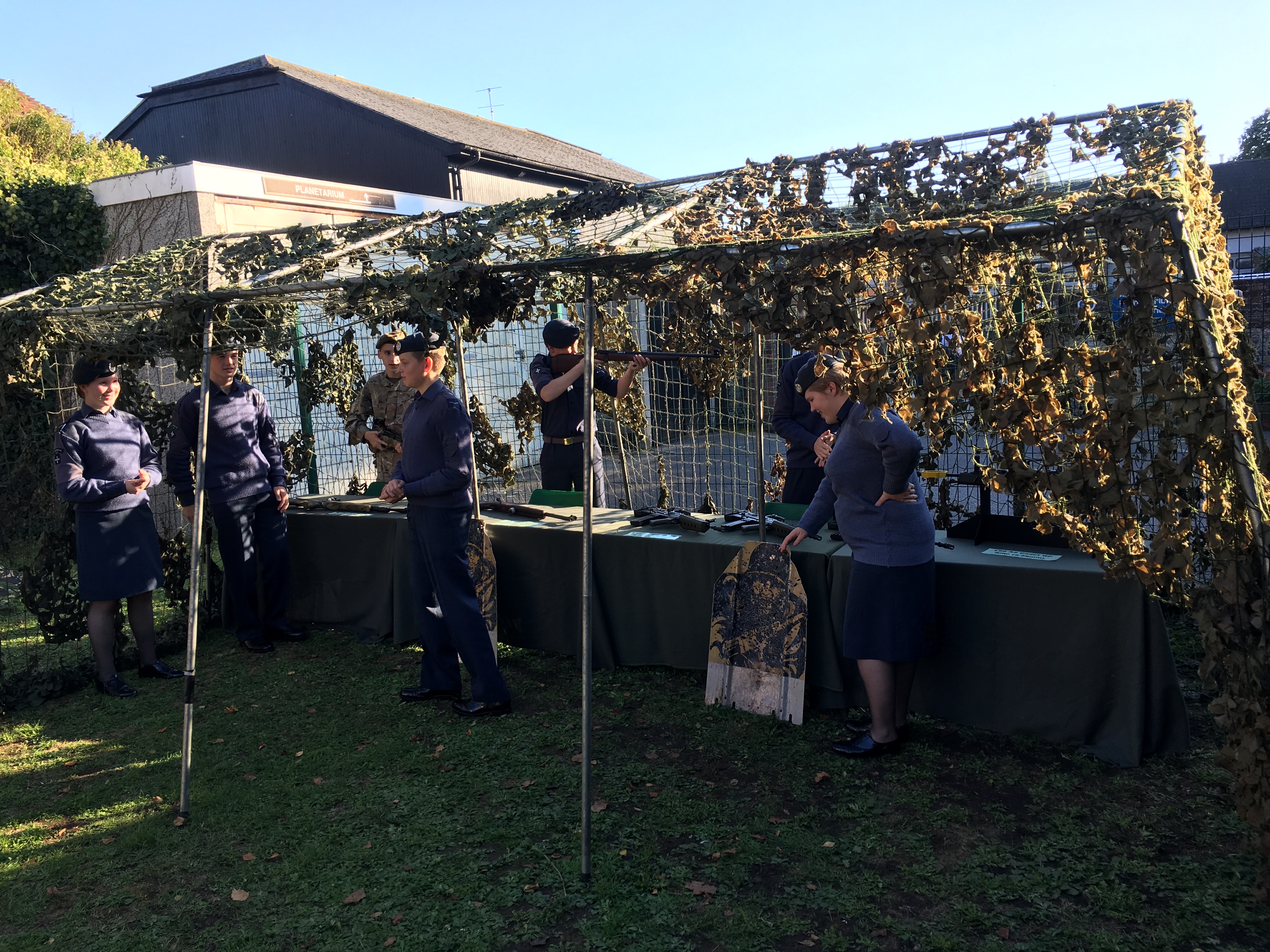 An impressive performance by the Combined Cadet Force was accompanied by this display of their powerful armoury (compare this with the Lee Enfield .303 rifles of previous days!) 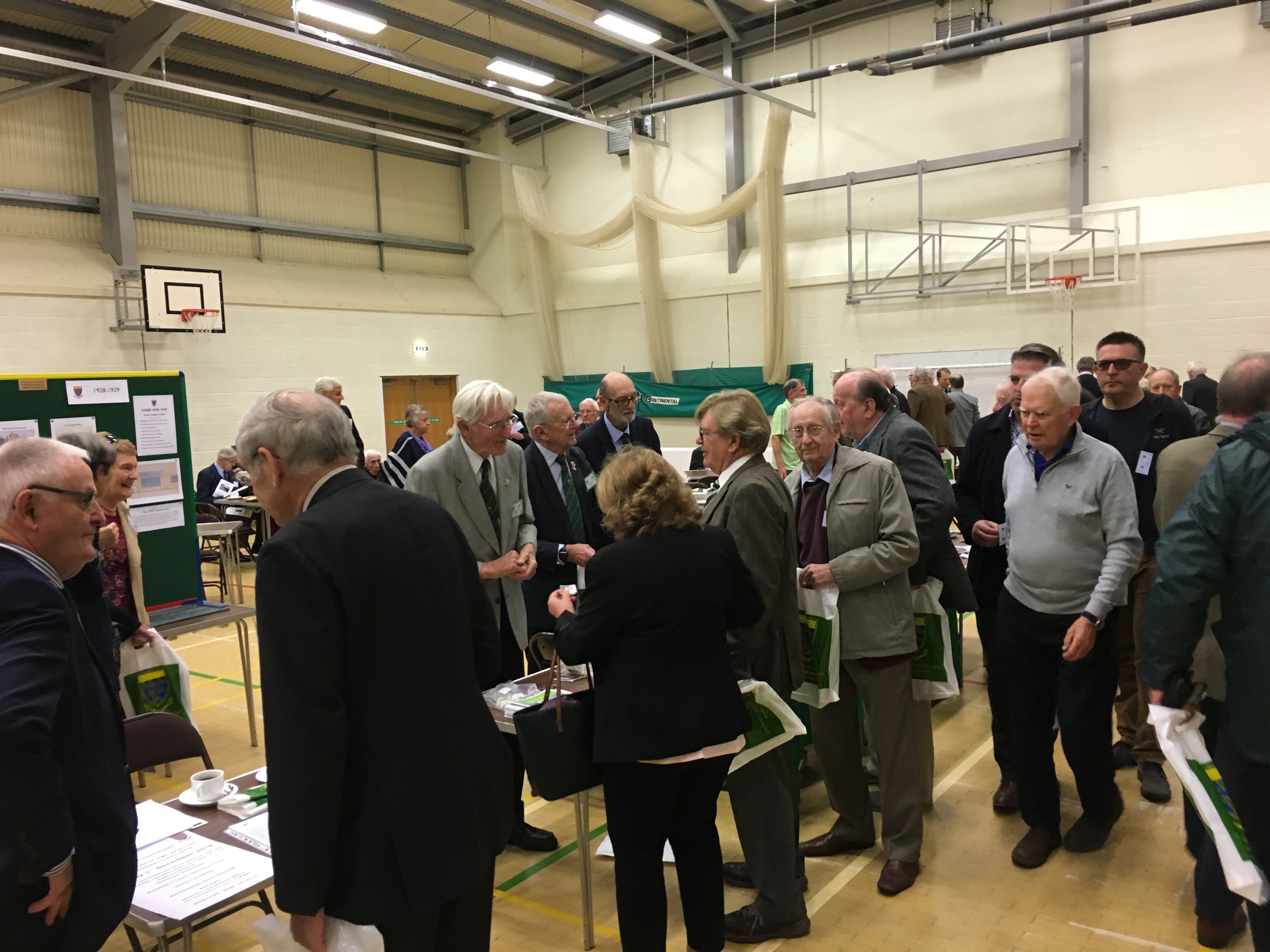 A general view of the start of a memorable day