On Friday I had the pleasure and privilege to accompany Donald McGeachy (D-Day veteran) to the Residence de France in Kensington Gardens Place where he was appointed Chevalier de la La Legion d’Honneur by S.E. Sylvie Bermann, the French Ambassadeur to the Court of St James. As well as Mme. Bermann, I was able to meet and converse with her Chef de Cabinet, M. Paul Salvaire and her Chef de Protocole, Francoise Bondarenko. Because of Frank Haill and his valiant efforts to teach me French I arranged interviews for Donald and his family by ITV and the Associated Press. 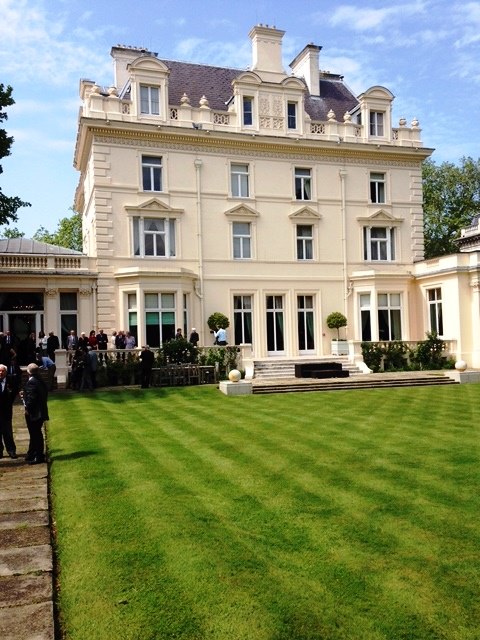