Thanks for the welcome to the group! My eight years at the School left many memories so I will trickle feed as they come back to me. My joining was prompted by a recent stroll through the School grounds and the feeling of sadness as the state of the building. The gym, which was undoubtedly my favourite room, where first John Taylor and then Henry Hall allowed and encouraged me in exploring the use of the equipment. The sports changing room where we prepared for rugby matches over the years (itself a subject to revisit) and Room 10 which was our last home (1960-1961) before we all split by arts and science. 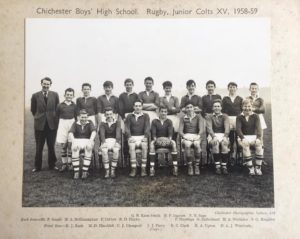 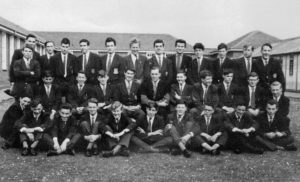 The second reason I have joined the Facebook (FB) Group was that I was reminded of the School recently when I received a message from a classmate (not on FB, so not named) regarding Roger Hanks; in our class all those years and often in the same rugby team. He was also at some of the Saturday parties we frequented. So now, some very sad news.”I’m sure you will remember Roger Hanks, who was in our form at school. He has been leading an ex-pat existence near Marbella in the south of Spain for some time, though not an affluent one. It seems he ran out of cash and ended up living in a home-made shelter on a riverbank, amongst reeds and rushes, right down at river level. Then came the disastrous floods of last October (2018). When the waters subsided, Roger’s shelter had gone, and so had Roger, although his two dogs were still there. The police searched for him for some time, but failed to find any trace of him. Then, at the end of January, they found a badly decomposed body on a beach 45 miles away. A DNA test confirmed that it was Roger Hanks. A bizarre end. One cannot help wondering what led to it. How did he come to have no money? Why was he homeless? How was it that the dogs survived but not him?”