The photograph I attach shows Tom Jeffers, David Wood and me at a recent luncheon at the now absurdly renamed “Chichester Harbour Hotel”, formerly, for years known as “The Ship”.

I now live in happy retirement, still in Bognor Regis.  I keep in touch and meet quite often with Old Cicestrian friends, Tom Jeffers and David Wood, also with Paul Taylor and Lew Bell and the “Bognor Boys.” I greatly value these friendships.  Your school friends know you as nobody else can.  They know what a great guy you are.  They also know what an absolute idiot you can be and they still like you.

I was amongst the group who caught the excitement of the Chichester Festival Theatre when it was founded in the early 1960s.  I gained a love of drama and poetry, largely due to the influence of Messrs. Geoffrey Marwood, William Wake and Charles Pelham. Consequently, that provided a hinterland for a career in Psychology and Special Education.  Since retiring I have been active, largely with other old friends in two groups, “Voices in Performance” and “Rogues and Vagabonds”.  With other Rogues, I shall soon be taking part in a tribute to former Emsworth Resident P.G.Wodehouse.

Pauline and I love to travel and aim to see as much of the world as we want. 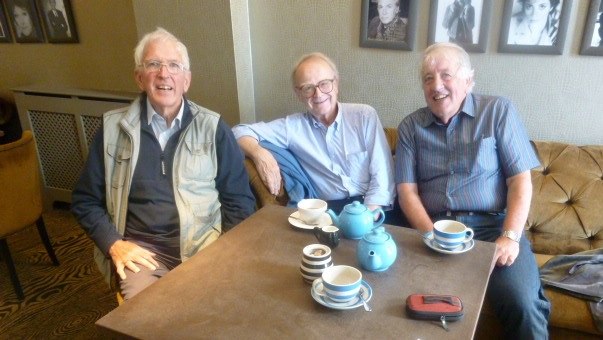