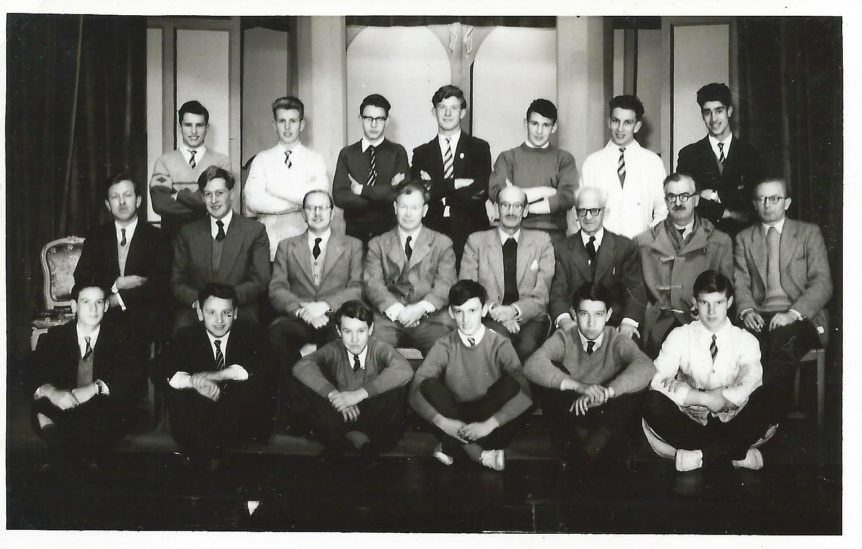 Please note that if you wish to enlarge a photograph, simply left click it with your mouse. 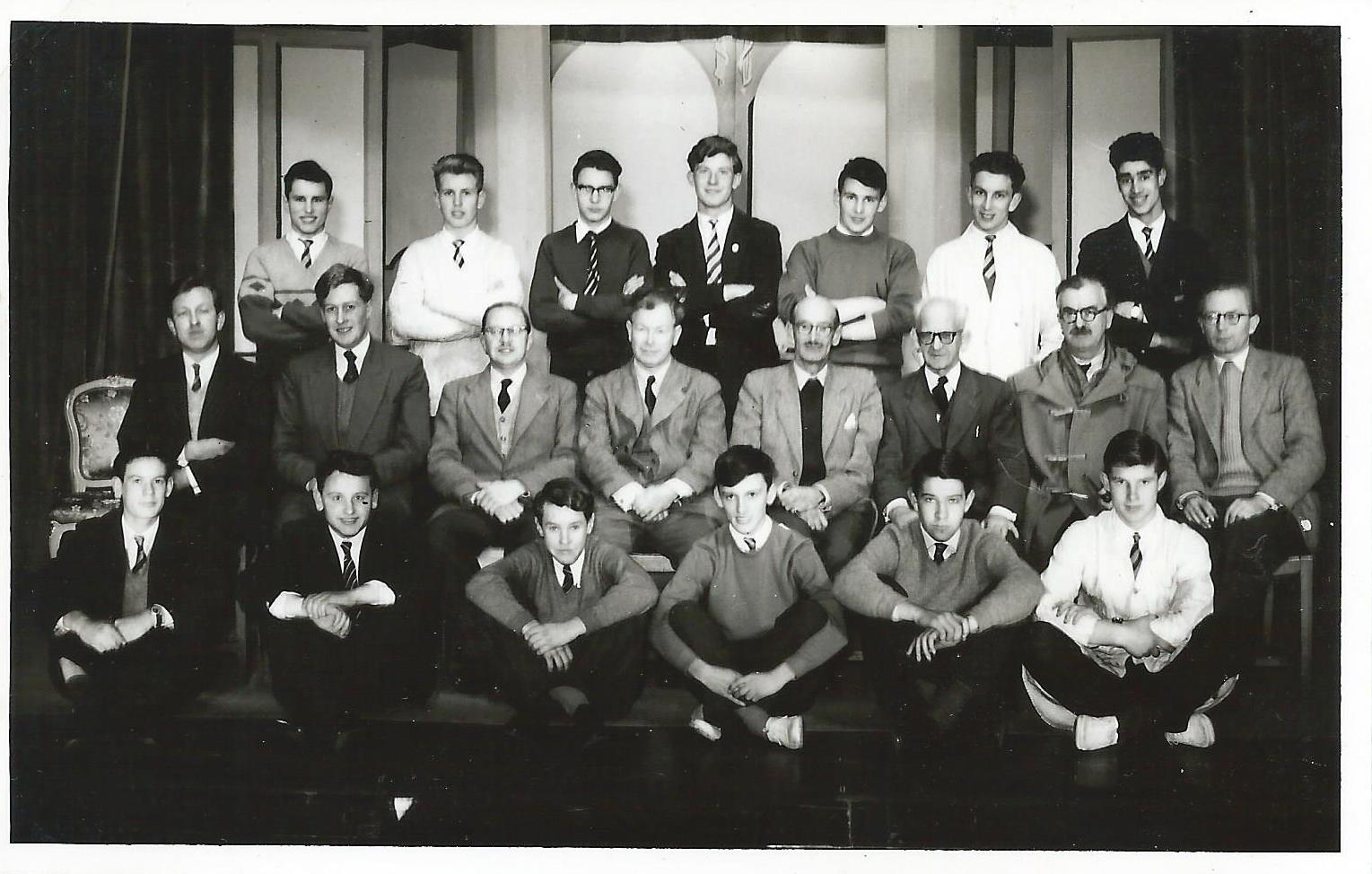 Stage Hands and Electricians for The Three Musketeers November 1958 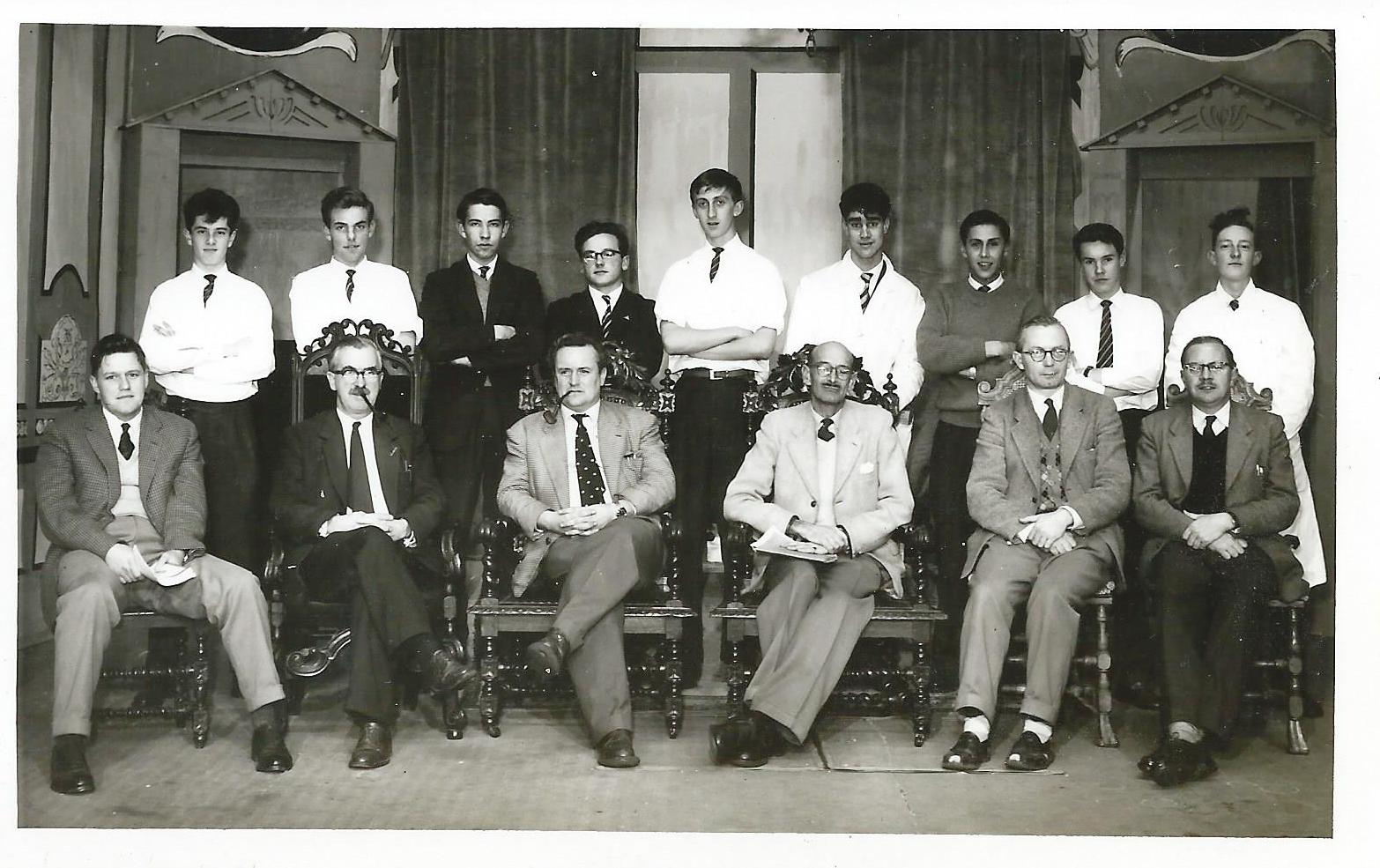 1959 A School Play - Cast and Management 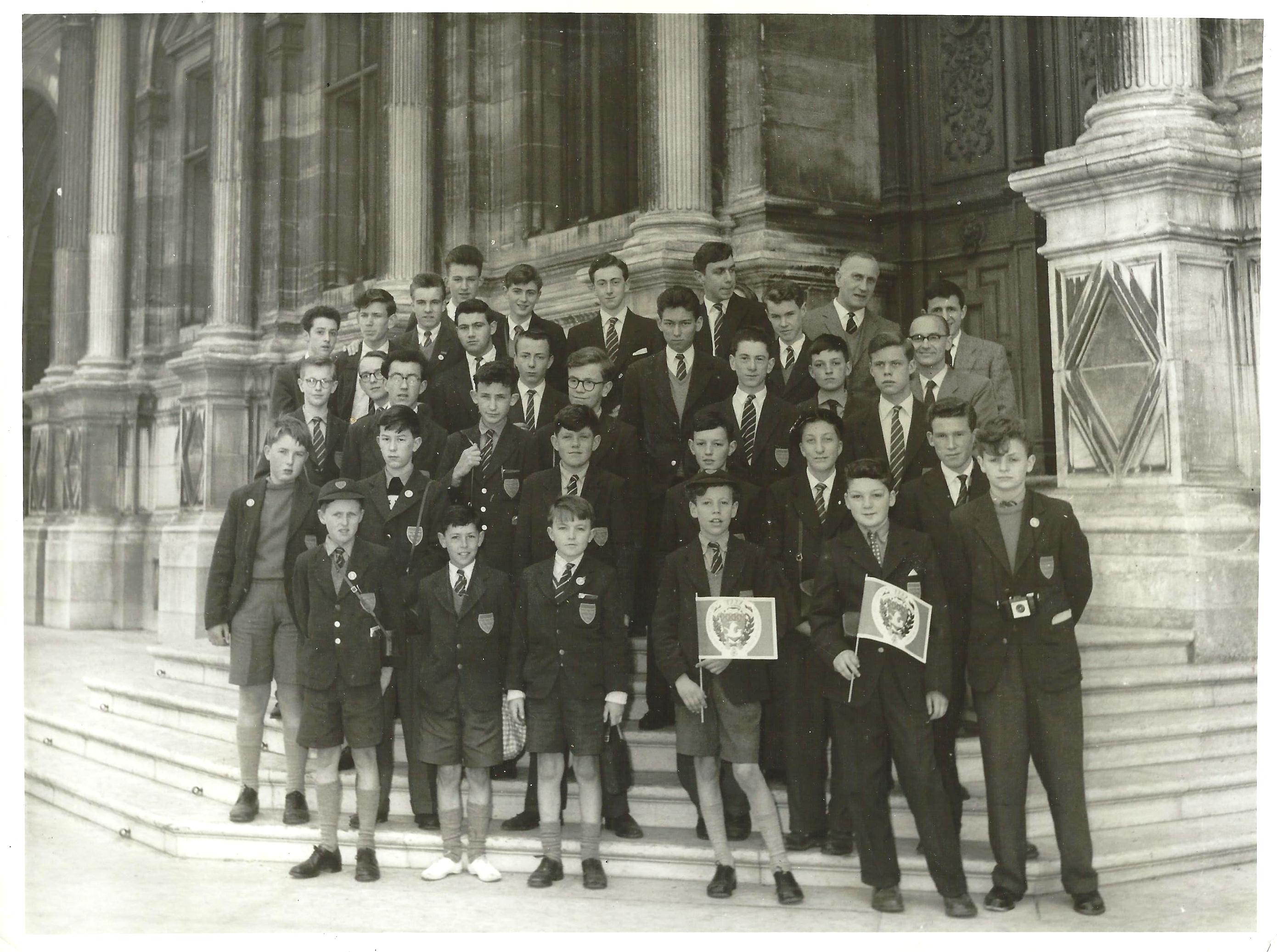 I think I mentioned this before, but I believe the Paris trip and therefore the La Madeleine photograph was 1959. I recall standing outside a café on the Boul'Mich listening to Reg Owen's Manhattan Spiritual on the jukebox. That record was released in 1959. The visit was therefore in my opinion during the Easter break in 1959. The Keighleys may know. Steve is in the La Madeleine photograph. I also spot Chris Goodall, who brought his electric guitar on the trip. So cool. Any news of Chris Goodall? And does anyone remember ascending the stairway to the open-air(!) top of the Eiffel Tower? Maybe it was just a nightmare I once had. There was a French chap whom I had met in Chichester, named Jean-Claude Dabo. He lived in Paris near the Moulin Rouge. I asked Frank Haill when the rest of the group was scheduled for a Paris swimming pool if I could go and look for Jean-Claude. So I went off on my own. I figured the Metro and found his address. Sadly, Jean-Claude was not at home, but I did leave a greeting with his family. A few years later I hitch-hiked to see another French-speaking friend who had been on an exchange visit to Chichester. He was Denis Garcia and he lived in Rabat. He and his family did not know I was coming. Ian Walters (1954-1962) 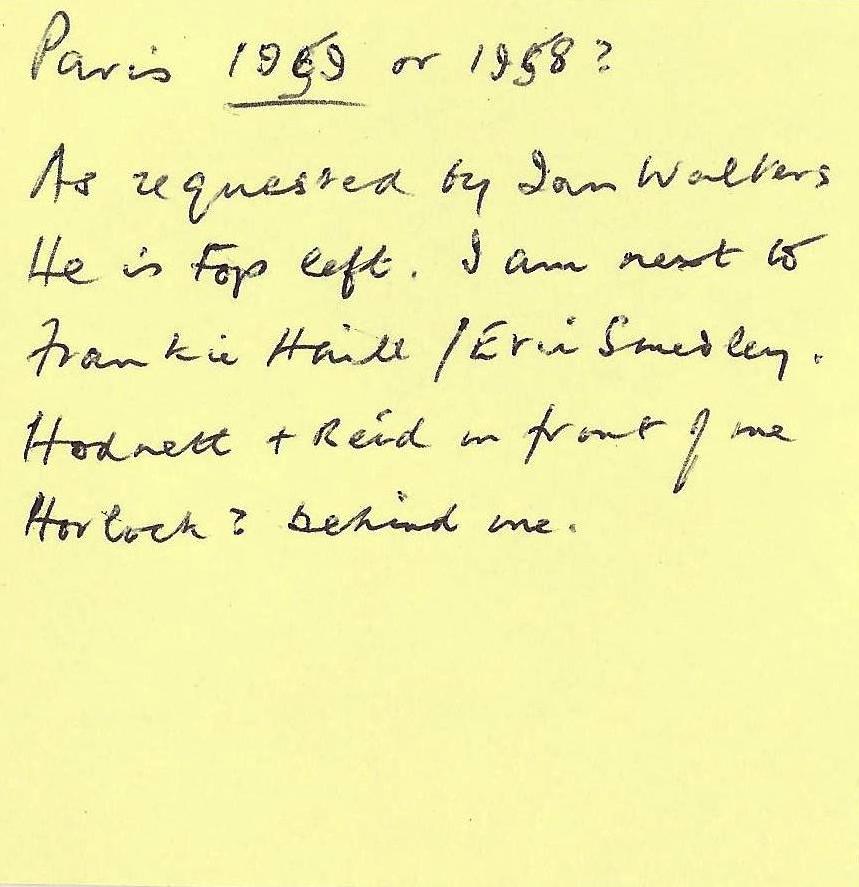