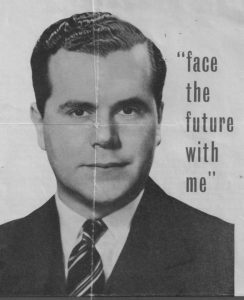 Smith was educated at Chichester High School and became a journalist. He was elected a councillor on Middlesex County Council in 1958, then the youngest councillor, and became chief whip of the majority party. Smith contested Peckham in 1955. He was MP for Brentford and Chiswick from 1959 until he lost the seat at the 1966 general election to Michael Barnes, then won the Warwick and Leamington by-election of 1968. He lost that seat to James Plaskitt in the Labour landslide at the 1997 general election.

Smith served as a junior minister for the British Army and Employment during the Edward Heath government of 1970 to 1974.