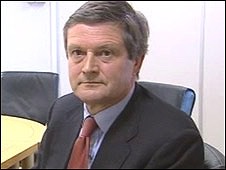 He was educated at Chichester High School For Boys and has a degree (MA) in Philosophy, Politics and Economics from St Edmund Hall a College of Oxford University, and in Urban Design and Regional Planning (MSc) from Edinburgh University. He has two children. He was an outstanding line out forward at school and played regularly for the Greyhounds (Oxford University’s 2nd XV) and many times for the varsity team, unfortunately just missing out on a “blue”.