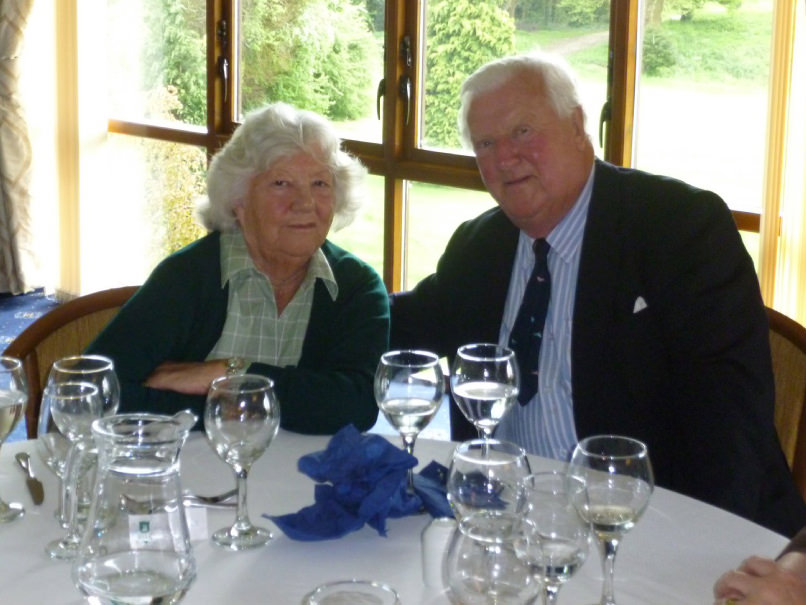 This website records the history and activities of the boys who attended the School over the years from its founding in 1928. We are proud that our establishment had such an illustrious cast of masters and boys. Many masters spent inordinate amounts of time and energy developing our sporting prowess, our dramatic stars of the future, our military officers and top civil servants.

The school started as a fee-paying grammar school and went on to become state funded after the second world war. Finally, in the 1970s a comprehensive model was adopted which, whilst not able to produce the same level of results as formerly, performed well in the circumstances.

It is now some eighteen years since Geoff Wills initially took it upon himself to arrange a 90th birthday celebration for Frank Haill. He invited some ten old boys to sit round the table and enjoy the milestone birthday celebration occasion of one of our old French Masters who also played a lead in School football and cricket. In fact, he was the last ever amateur footballer to have played in the top division of the football league when he played left-back for Fulham.

The following year Geoff arranged a meeting to discuss the resurrection of the original Old Cicestrians Association which had become defunct in the late 1960s and this time sixty-six were present. Many of those have now passed on, but it is encouraging to see a regular and growing attendance at the Christmas luncheon. Amongst those who played a leading rôle alongside Geoff, one must be mentioned in particular. Geoffrey Barnard's connection with the Old Cicestrians goes back a long way. He arrived at the High School in 1934 when its first ever students were still at the school taking their University Matriculation exams. He became School Captain and became the Old Cicestrians’ President in the 1950’s. He was also instrumental in the setting up of the Association as it exists today by encouraging a small group of interested old boys to meet up with a view to reconstituting it.

On the 25th May 2018 GDPR came into force requiring all organisations to have the permission of their members to hold personal data.

The Old Cicestrians (OC) is a small not-for-profit organization which holds data only managing membership and communicating with members. As such it is not required to register. By joining the OC and supplying contact information, members have given their consent for their data to be used for that specific purpose. The OC continues to adhere to the principles of the Data Protection Act and follows best practice in managing personal information.

4) Membership: Membership of the Association is open to all former pupils, teachers and support staff of the Chichester High School for Boys (and the Lancastrian School for Boys) upon payment of the Annual Subscription. There is no upper limit to membership numbers in the Association but if the membership were to drop to less than 30 then the Committee would inform the remaining members that the Association was no longer viable and suggest how its remaining assets should be distributed to the school or other bodies with similar aims.

5) Associations Committee: The Associations Committee is elected from the membership at the Annual General Meeting. The Committee shall comprise of a President, Vice President, Honorary Treasurer/ Membership Secretary, an Honorary Secretary and four other members. One of the four other members will undertake responsibility for production of the news-sheet and updating of the Association website. The Committee will have the power to coordinate a member to serve on the Committee by virtue of possessing special knowledge or expertise relating to a specific matter in hand. If a Committee member leaves during the year then the Officers of the Committee can co-opt another member onto the Committee until the next AGM when all members come up for re-election. When possible, a representative of the School would be welcome to join the Committee to provide essential liaison and advice.

7) Meetings:  Members of the Committee will meet on a regular basis to discuss and organise future social events for the members and how the Association can most effectively support the School as indicated in the Association Aims. Minutes will be taken at all meetings. A resolution signed by all Committee members shall be considered to be passed as if it had been made at a meeting. In the event of there being a need to call an Extraordinary Meeting, this must be agreed by at least three Officers of the Association. Committee Members must be given a minimum of 4 weeks notice of such an EGM.

9) Amendments to the Constitution: Revisions to the Constitution that are proposed by the Associations Committee must be approved by at least two-thirds of those members present at the next AGM. All members will be informed of the proposed changes via a newsletter and on the Associations website. Any member(s) seeking clarification or declaring an objection must do so in writing to the President at least two weeks prior to the next AGM. Their comments will be shared at the AGM prior to any vote being taken.

10) Dissolution: As indicated in section 4) Membership, if the membership were to drop to less than 30 members then at the next AGM the Committee would inform those present that the Association was no longer viable and their proposed method of distributing any remaining assets. At that point, all bank accounts held by the Association would be closed.