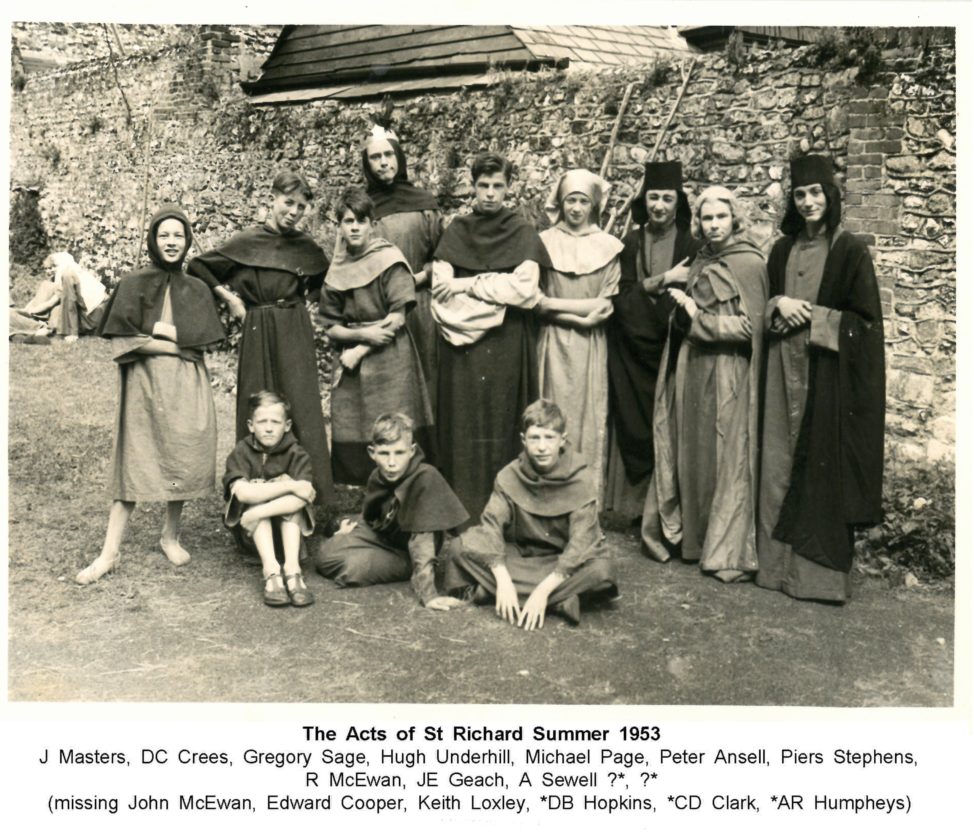 The Acts of St Richard

The Acts of St Richard - Notes

The Acts of St Richard, a pageant, was presented in celebration of the septcentenary of St Richard of Chichester in the summer of 1953 in the Bishop’s Palace Garden.  Geoffrey Marwood was the overall director with each scene being performed by different groups from the diocese. The School performed Scene 2 directed by William Wake.  My lasting memories include tea on the Palace lawn between performances on the Saturday with the Archbishop of Canterbury, Geoffrey Fisher, circulating among the performers. Also, whilst singing all twenty-two verses of  "Jerusalem, my happy home",  processing at the end of each performance out of the garden, into Canon Row, along St Richards’s Walk, through the Cloisters into the Cathedral through the West Door to be greeted by Geoffrey Barnard playing the organ; being far from the front, on entering the cathedral we were at least a verse out! 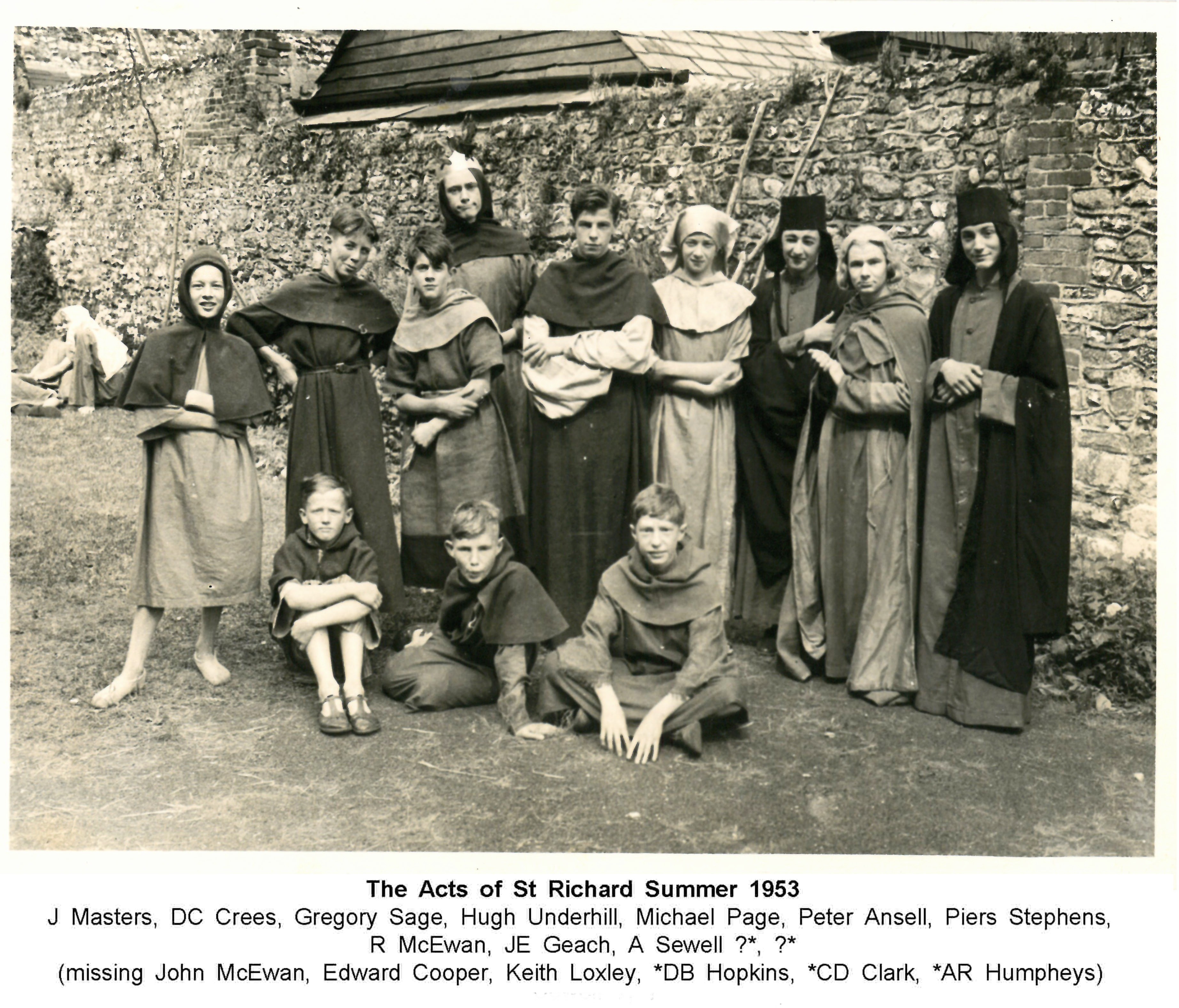 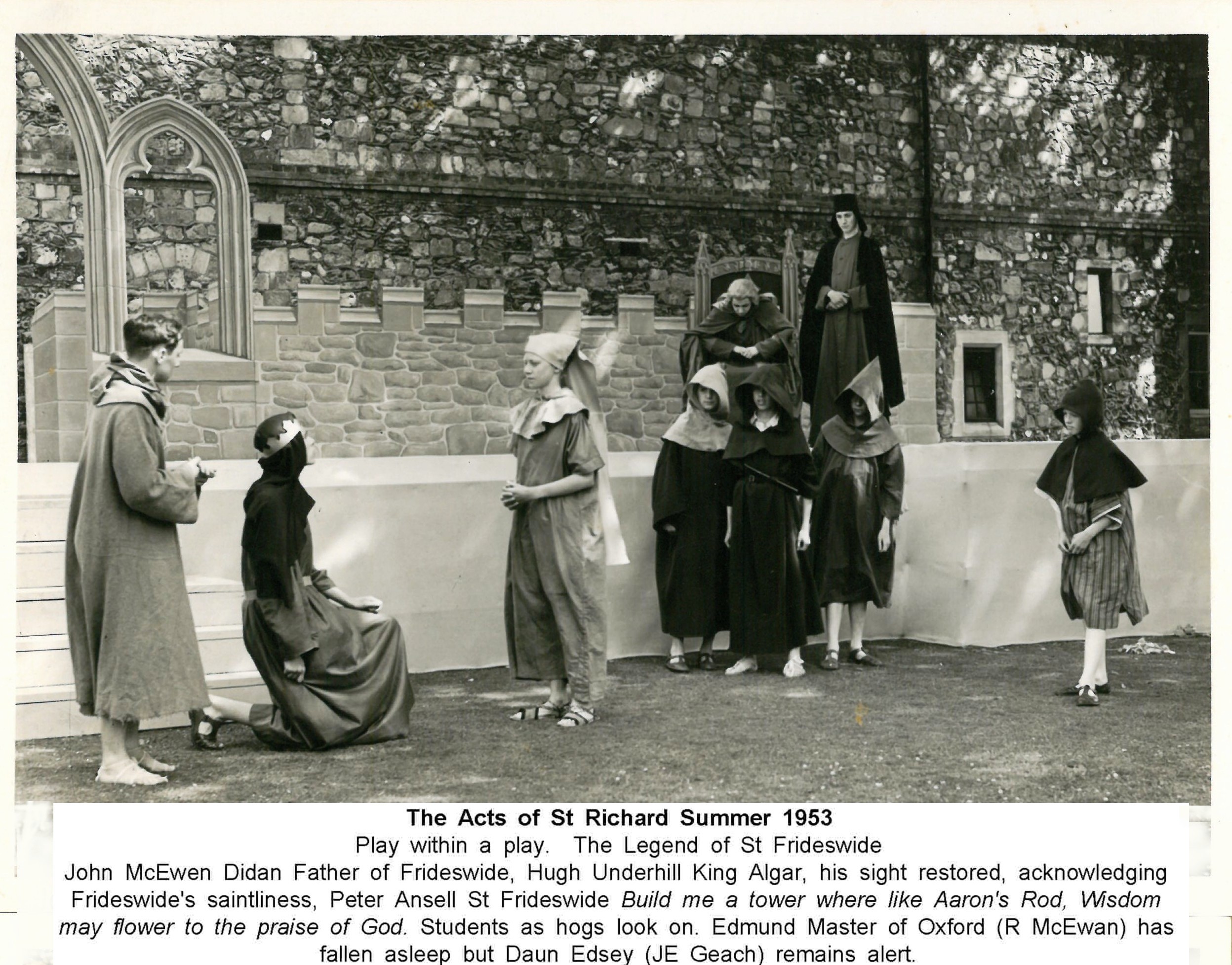 The Legend of St Frideswide 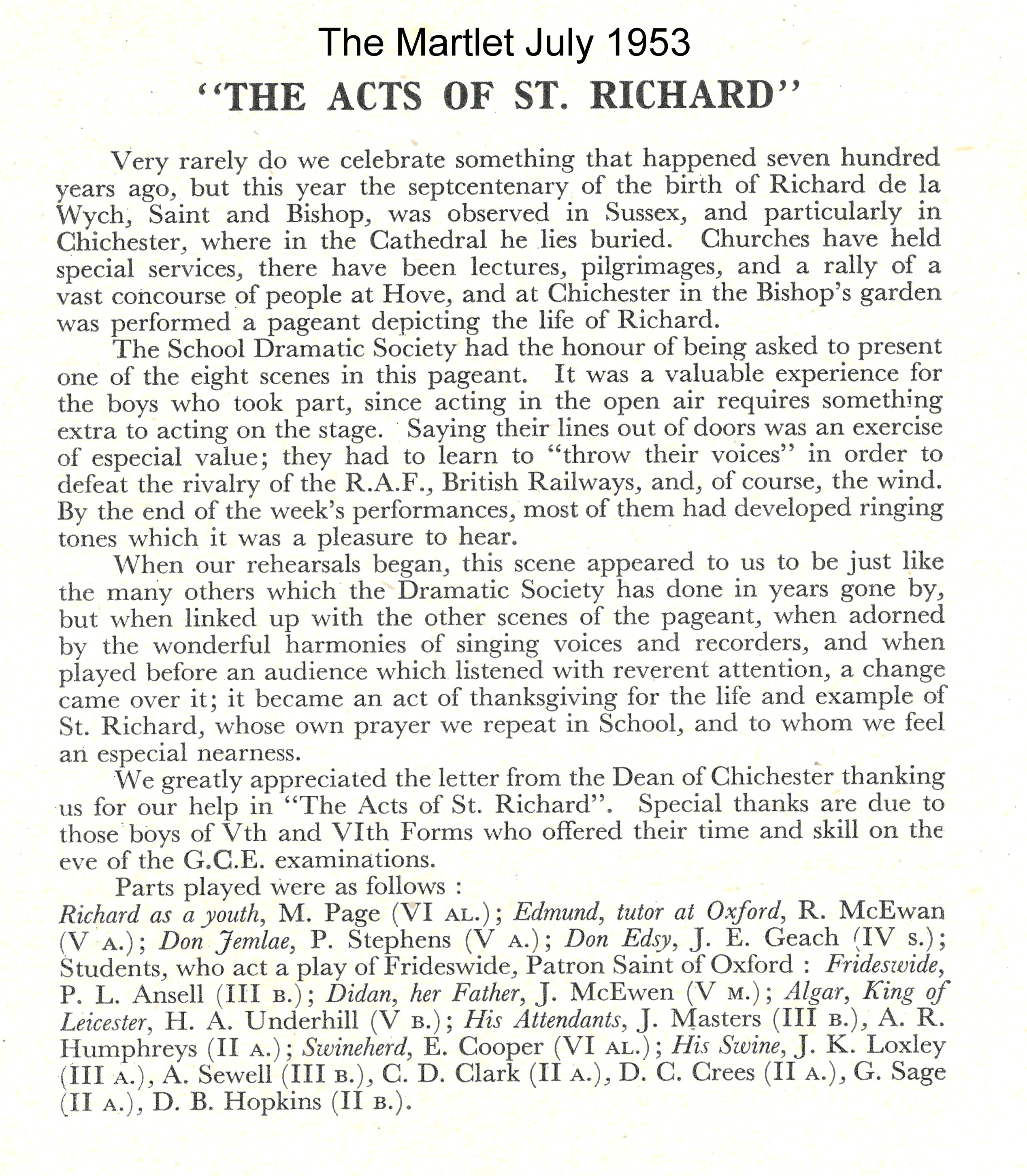 Above are the memorabilia from The Acts of St Richard.

I have added the actual script which is probably more than is needed.

On a whim I made an internet search for The Acts of St Richard which produced the following:

I tried to ‘get involved’ to record the Chichester production but was unsuccessful and I suspect that the site is inactive. I was able to send an e-mail but have not had a response. I was surprised to see that Geoffrey Marwood was the pageant director of the Hove production and that the Choir Master was A Barnard. Maybe this is a typographical error for our own late lamented Geoffrey Barnard. I had no idea that the two Geoffreys were involved with the same pageant in different locations in the summer of 1953. I must take issue with the statement that there was a performance outside Chichester Cathedral on 10 June 1953. I have no record of the actual dates of performance and I have just e-mailed the cathedral to see if they can help.

Here is the programme: