From Stuart Ritchie Chairman of the Sussex Martlets:

I am sorry to have to let you know that Alastair Grierson-Rickford has died. 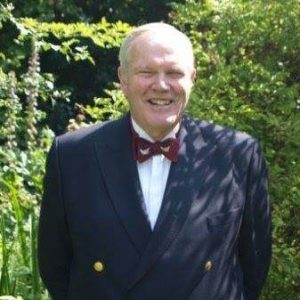 At Chichester High School for Boys, Alastair was Head Boy and played first team rugby and cricket. It was at cricket that he excelled and played Sussex Schools XI (1965 and 1966) and Sussex County Cricket Club Young Amateurs (1965) and SCCC Young Cricketers and SCCC Club and Ground (1966-1967). From Chichester, Alastair went up to St Catherine’s, Cambridge where, in 1971 he graduated with an MA in English and Modern Languages, having played plenty of football, rugby and cricket, where he captained his college side and played in the crusaders. 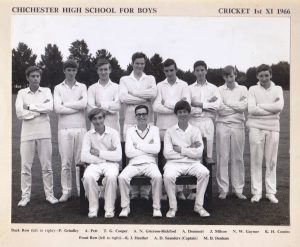 Grierson-Rickford fourth from left – back row

Alastair had a life-long passion for cricket as he was a member of the MCC, Band of Brothers, Felsted Robins and of course the Sussex Martlets.