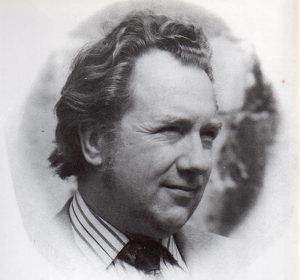 Bernard Price achieved fame initially as a presenter on “Going for a Song”, “Collectors’ World”,    ” and Country Game” and, later on, the “Antiques Road Show”. He was a pupil at the Lancastrian School and left around 1950, did his National Service in the RAF and then learned his trade at Whiteheads Auction House in Chichester.

I personally got to know him well soon after he left the RAF when he re-established the 12th Chichester Scout Group and I and a group of friends joined. As a new and relatively small group he found it difficult to find us a permanent venue for meetings, relying variously on his own home, a room in the vicarage, both in Westgate, and the 5th Scout Hut in Whyke. Notwithstanding these difficulties, he more than made up for them with enthusiasm and the sense that “it should all be great fun”. He was often helped by his young wife, Joan, who was often on hand to help out. He was never happier than taking us out onto the South Downs, which he knew like the back of his hand. He would show us its treasures – the prehistoric flint mines on the chalk lane between Lavant and Goodwood; the Oldest Yew Wood in Europe at Bow Hill; the Iron Age burial sites dotted along the crest of the Downs; the remains of the old Roman road in the woods near Slindon. He bubbled with enthusiasm and fun and enriched our young lives (he was pretty young himself, probably no more than 22 or 23).

Soon after his tragically early death Richard Williamson wrote an article on him “Price’s people, places and things” in the Chichester Observer. “Although Bernard was known as Mr Chichester he would perhaps be better known as “Mr Sussex” for without his contribution as a writer and broadcaster much of our knowledge about the county may have been lost.” “Sussex – People Places and Things” was just one of a number of books penned by him in which he revealed fascinating insights into the gems of Sussex’s hidden past. In it he recounts some of the same gems of little known local history that he regaled us with on our scouting hikes back in the 1950’s: tales of Alf and Carrie Ainger of the Royal Oak at “Hooksway” who held a beer and wines only licence for over half a century; Blackbush Cottage at Chilgrove where Samuel Jenner secreted his first smallpox vaccine volunteers; Stone Cottage in Ashdown Forest where WB Yeats lived with Ezra Pound.

There are numerous TV documentaries to his credit which reflect his wide interests and understanding of history. However, before his foray into television he made quite a name for himself on radio with his “Talking about antiques” which began in 1966. He famously interviewed Donald Cambell about ‘Bluebird’ who he said was the most polished, articulate and perfectly at ease person he had ever had the joy to interview. A classic encounter, however, and one which has become a classic, was his interview with Arthur Negus which still takes many hits if you ‘google’ antiques related subjects.

In the literary field his work is extensive and his published works include ‘ Sussex – People, Places and Things’, ‘Pottery and Porcelain’, ‘The Story of English Furniture’ and three books of compilations of old photographs of Chichester, ‘Bygone Chichester’, ‘Chichester – the Valiant Years’ and ‘Changing Chichester’.

Without doubt he was “Mr Chichester” but far more than that, without him much of our knowledge of Sussex and beyond would have evaporated.