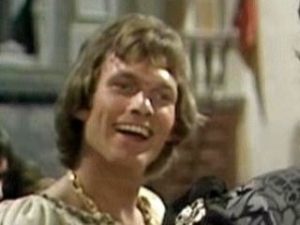 Malcolm Stoddard is a talented actor who has worked in the theatre, film, radio and television. He is actually British, though often mistaken for a Canadian actor because of his high profile there. He has appeared in several Canadian productions and is probably best known from the two successful series The Campbells and Road to Avonlea. As a youth, he trained as a farrier and is an expert horseman and rider. He got his start in the local theatre (presumably the Festival Theatre) in Chichester. He was featured in several BBC plays, Plays of the Week, including The Glittering Prizes, Reunion in Vienna and Strife. Throughout his acting career he has made guest TV appearances, TV films, commercials and mini-series, mostly in Britain. In 1985, he auditioned for the lead in a Canadian film, Loyalties, in which he would have played a doctor hiding a dark secret. Instead, producers thought he would be perfect to star in a new series, The Campbells. Of his character James, Malcolm said, “He’s a nice man. I like him, though I found him a little too ‘goody-goody’ to start with. I hope he’s a bit less so as the series progresses. But the series is about good, wholesome family life.”

Indeed, James is almost infallible, especially in the rôle of parent. He rarely shows bad judgement, displays calm, reserve and courage even when his inner passions are otherwise and he shines the utmost when he is laughing, playing and joking with his family. After The Campbells, he appeared (looking very different from James Campbell) as the rich and exuberant Malcolm MacEwan in the first season of Road to Avonlea. He then returned to Britain to star in the series Families, in which he played the patriarch of two families. Since this series ended, Malcolm has starred in the mini-series, The Girl, co-starred in a Canadian co-production of Treasure Island and has narrated several nature documentaries and appeared in bit parts like the British 1998 Peter O’Toole/Joanna Lumley mini-series Coming Home and in Emmerdale, as the indulgent Lord Thornfield, husband of the young and beautiful Lady Tara Thornfield. Whether playing the hero, villain, adulterer or family man, he has always brought a depth of subtlety and insight to his rôles. 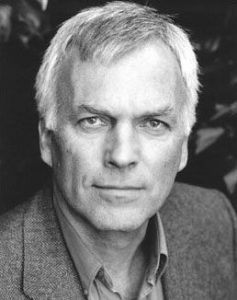 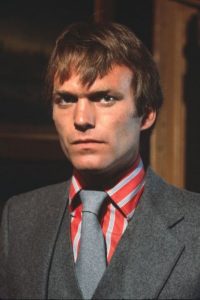 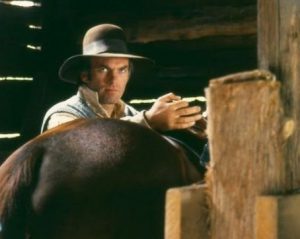