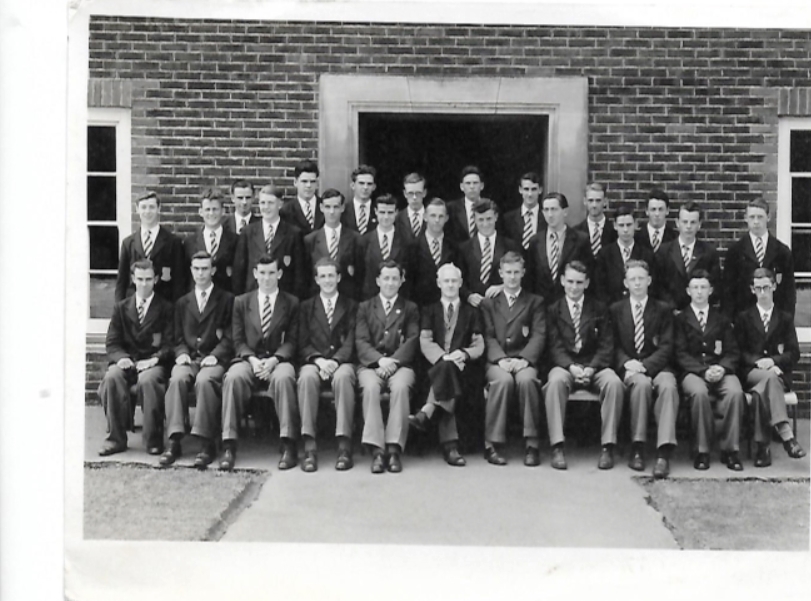 I found this photo when attempting to sort out family photographs.   I was at the School from 1950 through 1957 and my late brother Patrick was in the 5th year when I started, so his time at the School would have been from 1946 through 1954. (he was not a prefect at the time of the photograph).

Geoffrey Hamer 1949/56 lived close by in Summersdale and has remained a friend over the years. Geoffrey originally qualified as a Chemical Engineer at Birmingham University where he also obtained a PhD and after a variety of international posts ended his professional life holding the Chair of Chemical Engineering at University College, Dublin.  The only other person that I have met from the School is Bill Allen, also a dentist, whom I met at my brother’s funeral; he had become a friend of Paddy’s over the last years of his life in Essex.