I started at ChiHi in September 1956 and left after “A” levels in 1964 when I had a year out before going to Brighton College of Technology to do a degree course in Pharmacy with a view to joining my father in his chemist shop, the Nyewood Pharmacy in Aldwick Road, Bognor Regis.By the end of my first year at Brighton, however, I decided that pharmacy was not for me and I joined National Provincial Bank in Bognor Regis, later to become National Westminster Bank. I was not in Bognor for very long before being transferred to Eastbourne and then later to London where I spent the rest of my banking career in various branches, eventually becoming a branch manager.

NatWest, in trouble in 1995, pushed me and all staff aged 50 and over into early retirement, but I spent the next 14 years mostly in the motor trade apart from 16 months running a boatyard on the Thames at Harleyford.

I fully retired at 64 when my wife and I moved from West London to just outside Weymouth in Dorset. We remain active with voluntary work at Dorset County Museum and the National Trust, my wife also is a volunteer in the RNLI shop in Weymouth and I am a watchkeeper with the National Coastwatch Institution at Portland Bill.

It’s been great discovering the OC web site that has stirred my memories of my school mates and all of the teachers with their very colourful nicknames.

Attached (NB some photographs awaiting posting to website - RDWK Webmaster) is a whole panorama school photograph taken in April 1958, also attached is the photograph scanned in sections to make it easier to see individual faces.
In 2016 I paid a nostalgic visit to the school to find it looking very dilapidated, all boarded up and just waiting to be demolished – a few photographs attached.

Welcome to the Old Cicestrians.

I have read your lifespan to date with some interest.   To explain.  Our family came up from Portsmouth in 1941.  Dad was in the Navy, but Mum secured the back half of 102, Aldwick Road.    After the war, she ran a Guest House at 100/102 for many years. The property was demolished and later redeveloped.  I grew up here at first attending Nyewood Lane School (bottom of our garden) and then onto Chichester High School (1947-1952) catching the 60 bus outside Pennicott’s Store.  Our home was a hundred yards from the Nyewood Pharmacy in Aldwick Road.   We must have used its services on so many occasions.   Although generations have passed, I remember your father as if it were yesterday.

My second memory is comparatively recent.   You mentioned being a volunteer watchkeeper for the National Coastguard Institution Lookout Station at Portland.    On Day 47 of a long coastal walk round GB in 2008, I came across the Portscatho Station further down the coast.   Following introductions, the two Watch Keepers kindly invited me up into the look-out cabin for a cup of tea and an explanation of their equipment and the objectives of the Institution’s 56 lookout stations around the UK.

I feel sure that Members will look forward to hearing from you in the future. 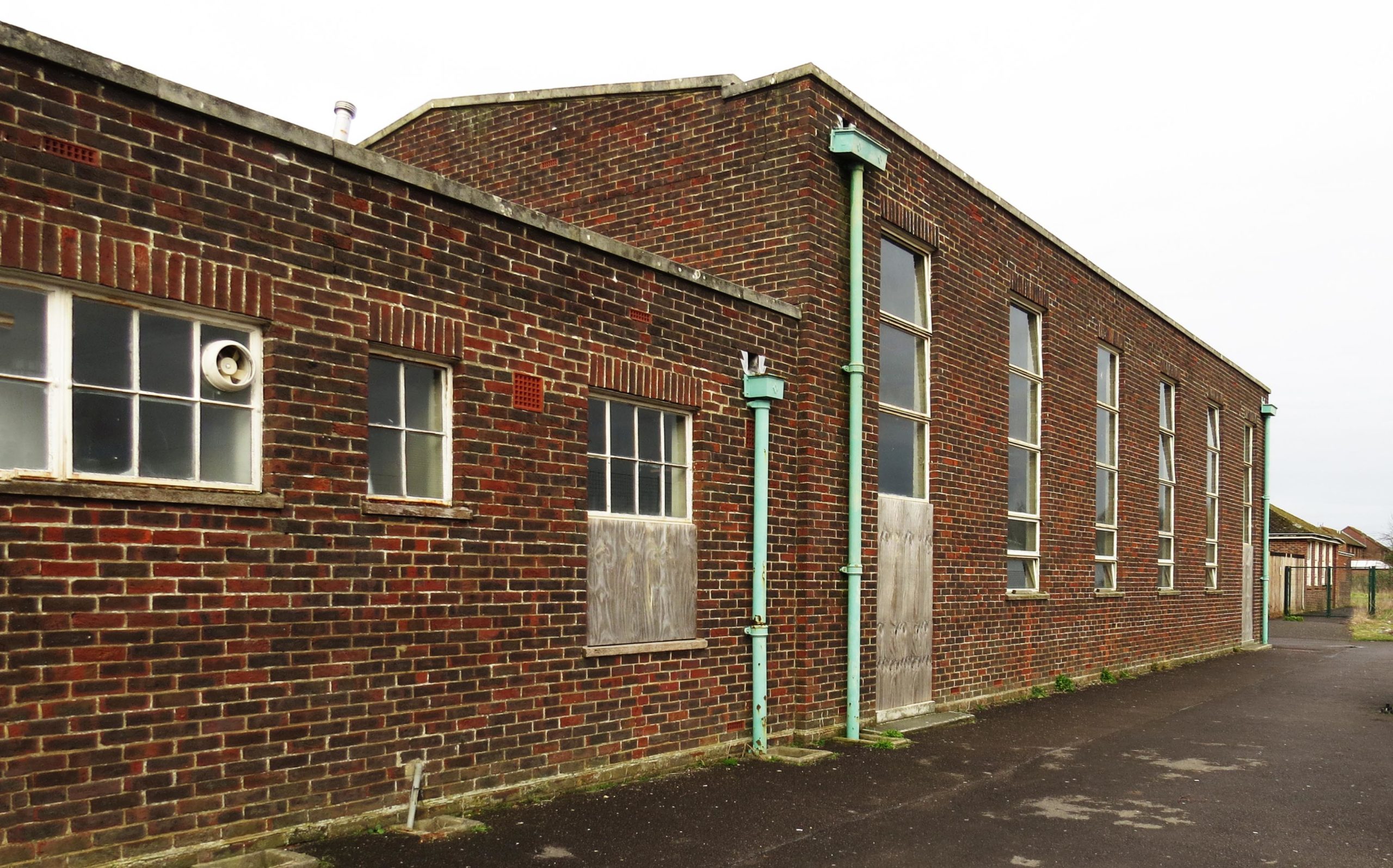 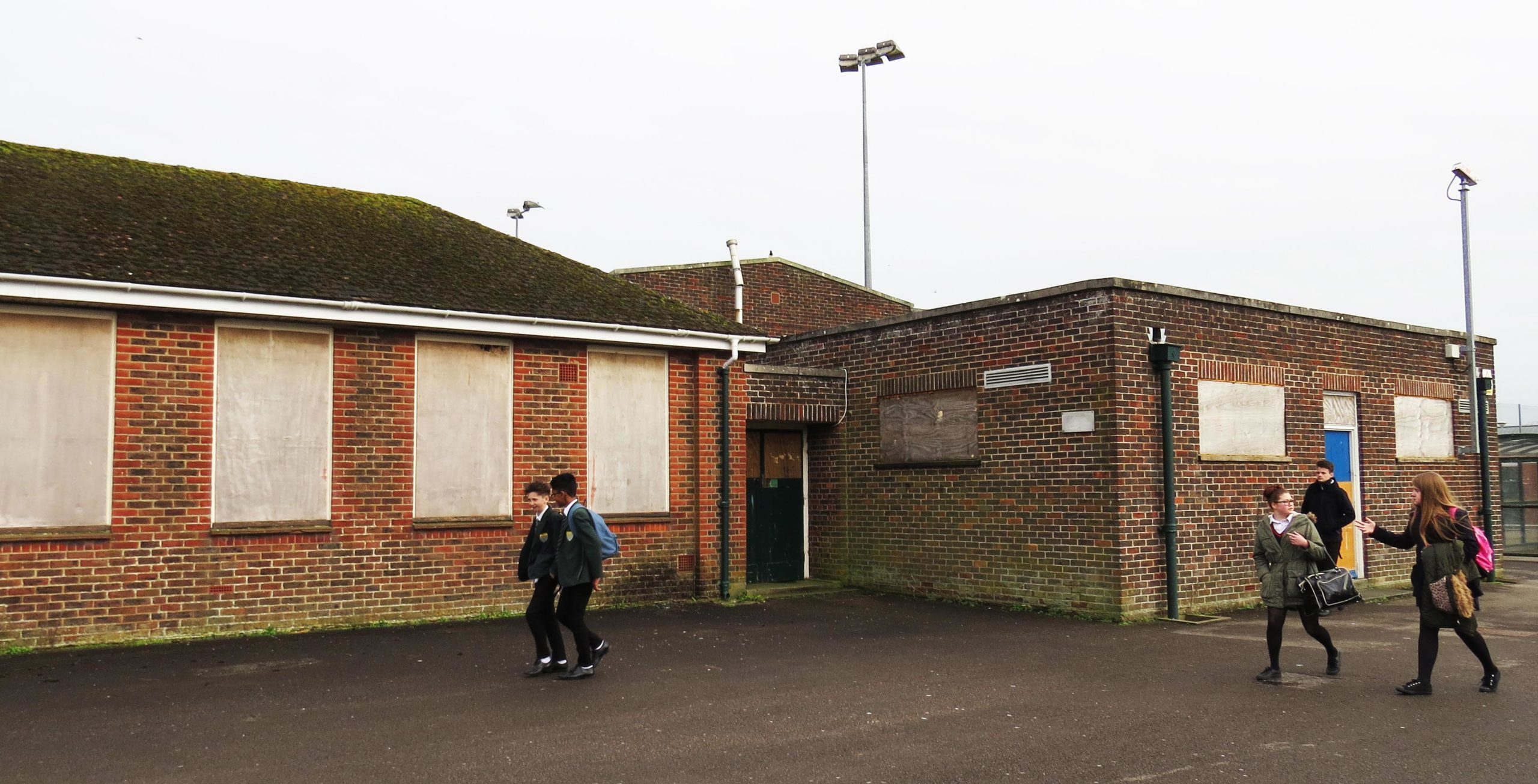 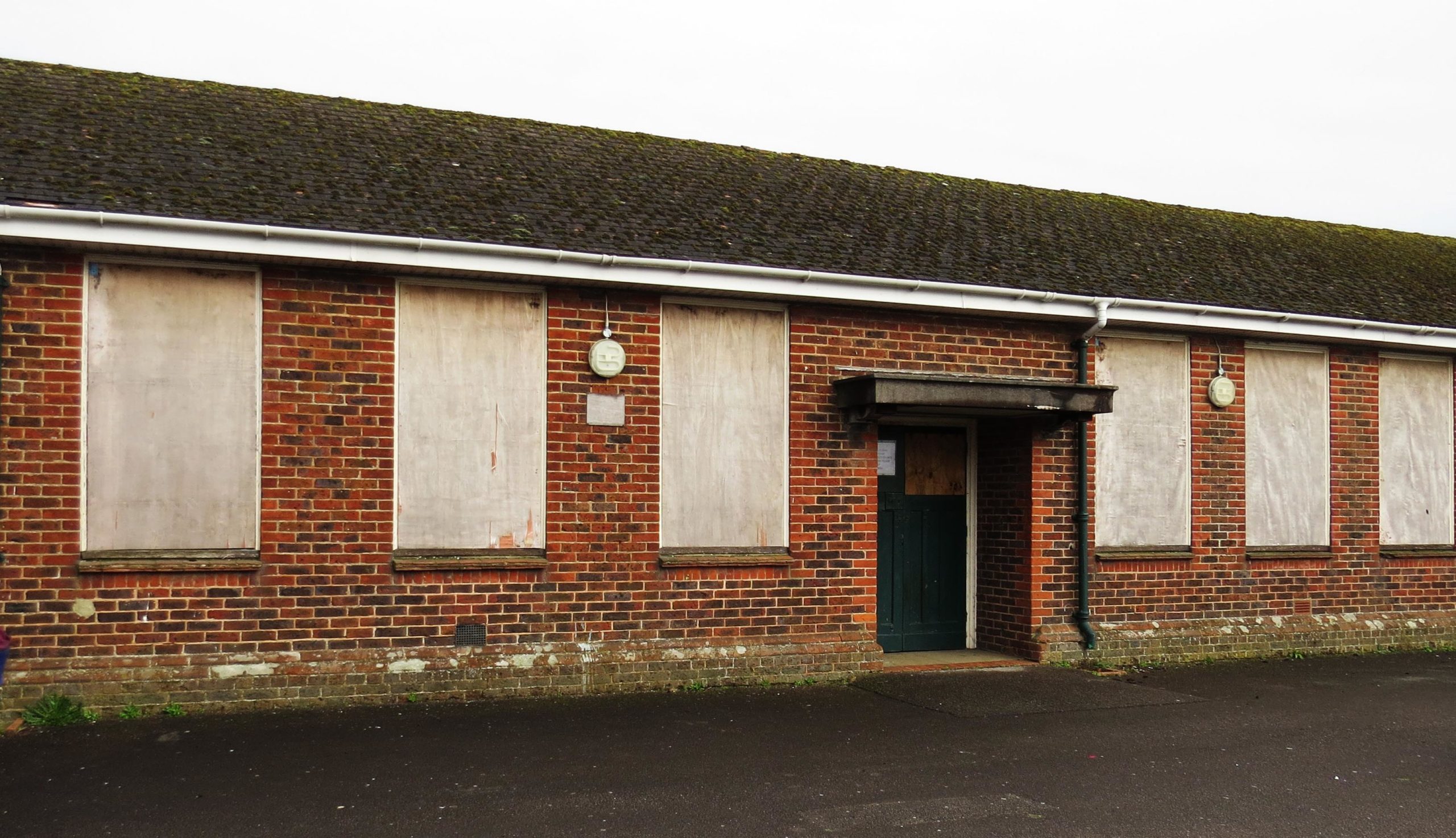 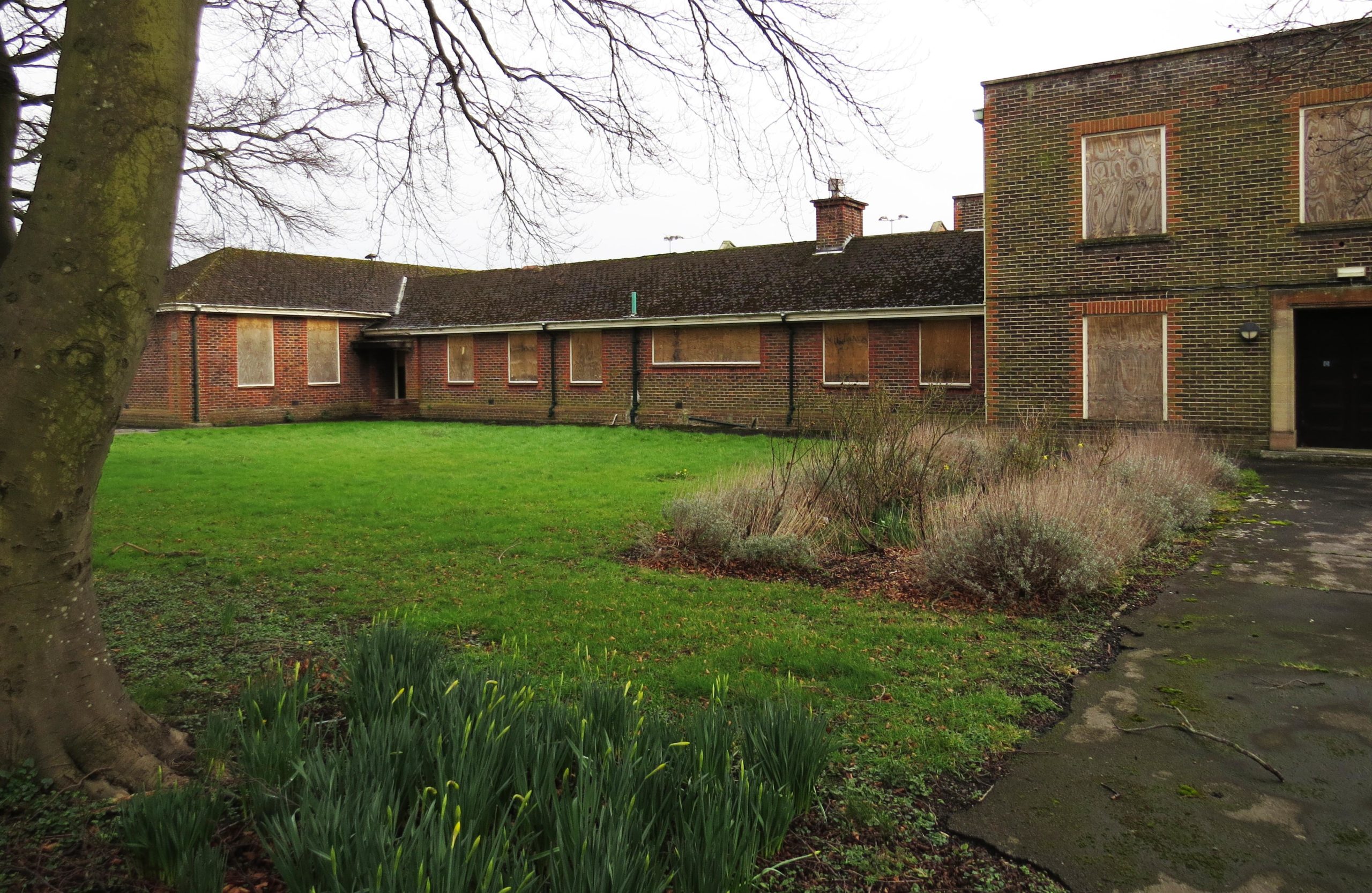 Main Entrance - Headmaster's Study to the left on entering 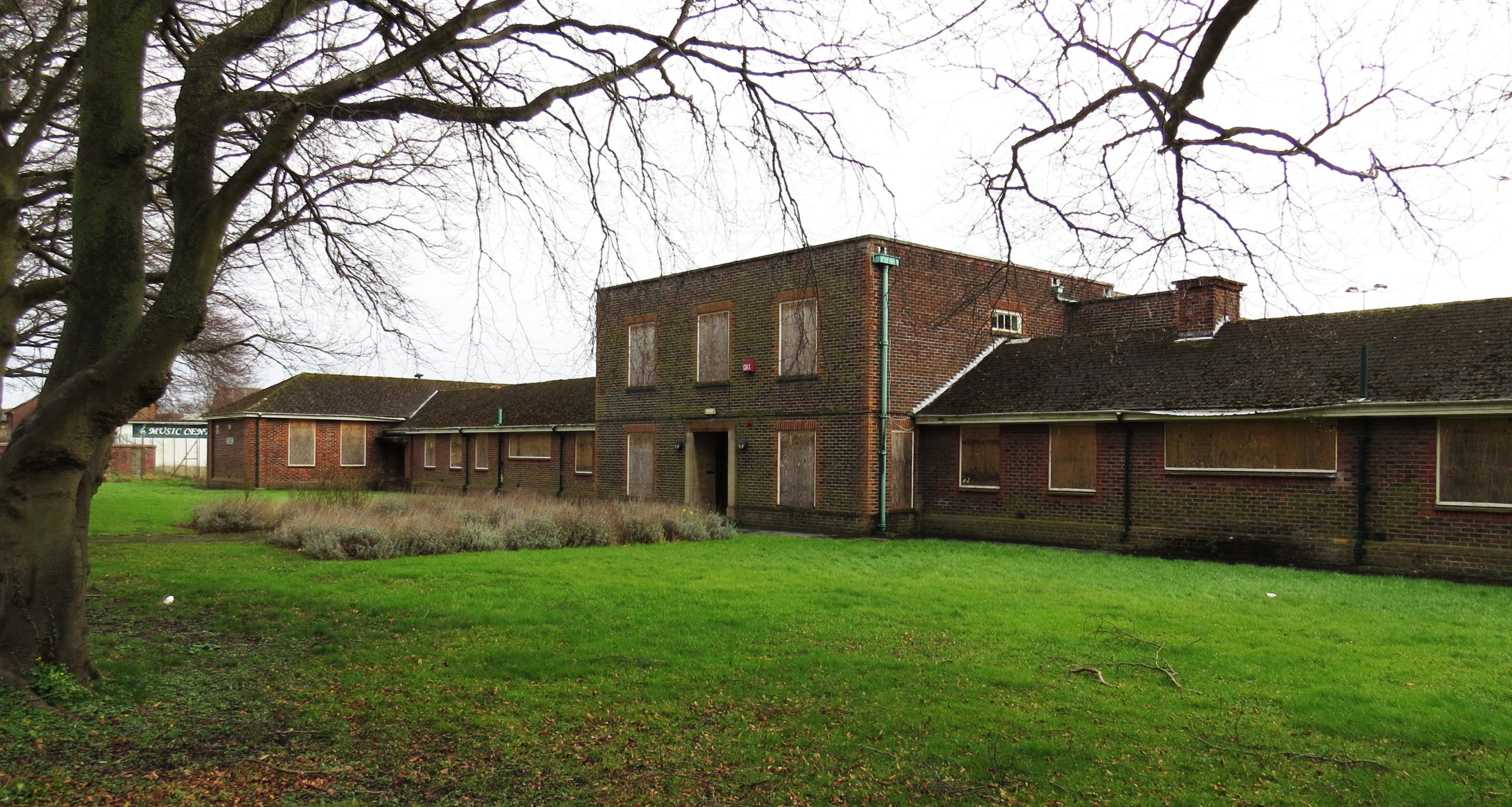 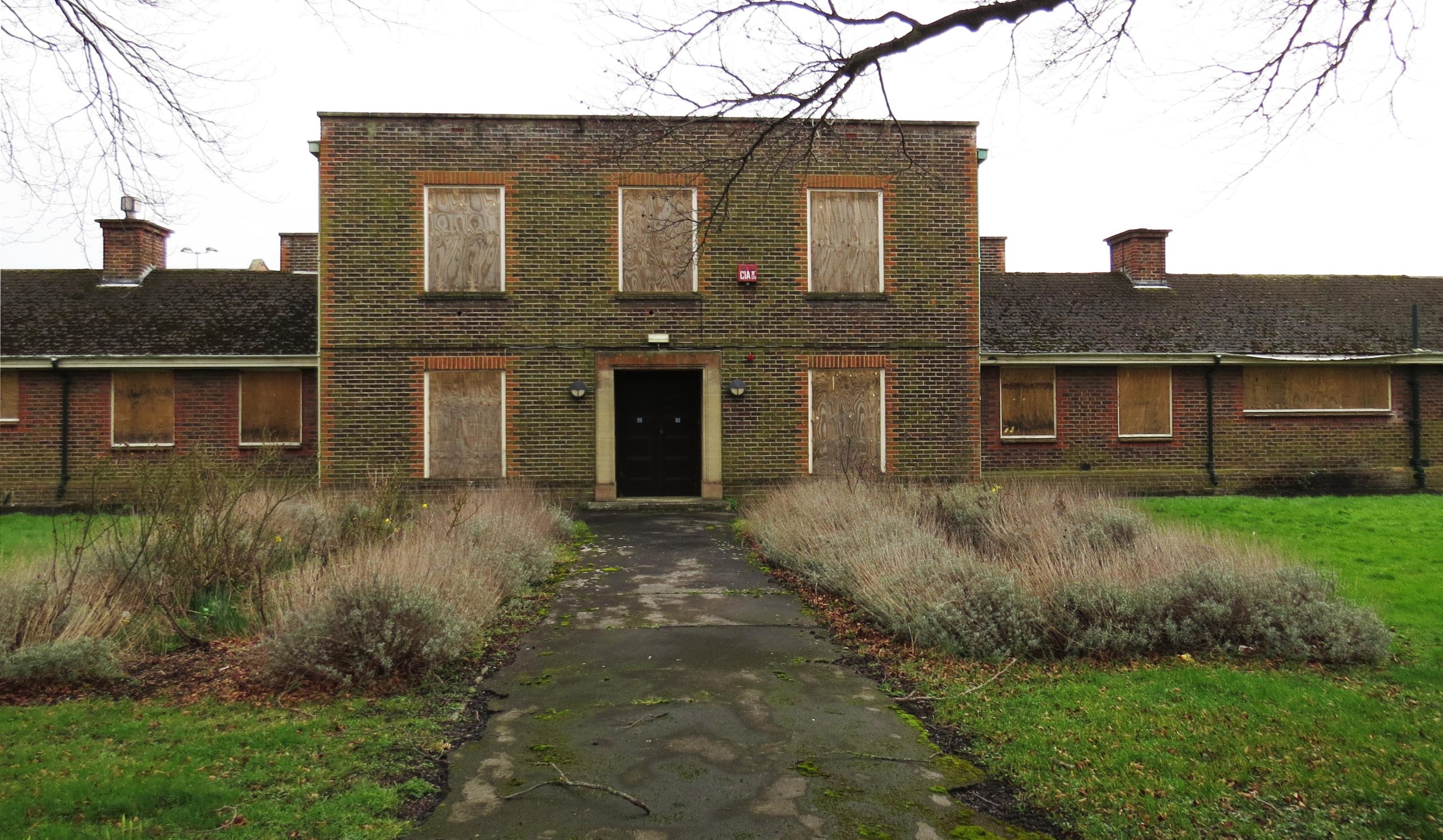