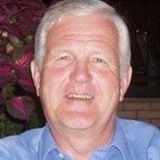 I had planned to read Mathematics at university. I did not make it and read mechanical engineering instead via a London external degree at Portsmouth.

There followed a two year graduate apprenticeship with British Aircraft Corporation (now British Aerospace) at Filton, Bristol. On completion I was appointed to be a shop floor supervisor, working on the Concord(e) prototype final assembly. It was quite a challenge, as I was supervising men old enough to be my father, but it worked well as I had the technical know-how to complement their manual skills.

After two years, I was given a project in the company’s training department, supposedly a temporary assignment, but this led to a change in direction, resulting in the rest of my career being in Human Resources (HR).

In 1973, by which time it was clear Concorde was not going to be a commercial success, I moved to take-up the position of Training Manager at Rolls-Royce Motor Cars in Crewe. It was a large manufacturing site with over 5,000 employees. I was still single at that time, so had nothing to lose if it did not work out. In the event, I held that position for the next thirteen years during which time I saw and created much change.

In 1986, I was appointed Personnel Manager for the site, a challenging role, not least because in the early 1990’s we had to implement successive redundancies to avoid bankruptcy, reducing the headcount by some 2,000. In my final years with the company I worked within a part of the business producing special cars for the likes of the Sultan of Brunei. It was all very secretive at the time.

In 1997, the company decided it could manage better without me……and did!

The site is now owned by Volkswagen and has gone from strength to strength building and selling Bentley cars.

For my part, I became a self-employed consultant for five years, before joining a ‘head hunter’ for a further 5 years.

During my career, I became involved with a number of local, regional and national education and training initiatives, often finding myself in the rôle of chairman. Locally, this included being the chairman of our local Chamber of Commerce, school Parent Teacher Associations and latterly chairman of governors at South Cheshire College.

I am dual-qualified as a Chartered Engineer and a Chartered HR professional. I was privileged to be awarded the companionship of the Chartered Institute of Personnel and Development, where I had become involved at national level.

Outside of work I married Chloë in 1976 and we have a daughter and two sons, all of whom went to university and are successful in their various careers. We have four very young grandchildren, all under the age of five, with a fifth on the way. All three of our offspring live within a twelve mile radius of us!

For the last twenty years or so, I have been involved with Rotary, including leadership rôles at club and district level. Although I have pulled back a little of late, this took a lot of my time and has been very rewarding. Among the highlights, have been a couple of trips to India to support Rotary’s ‘End Polio Now’ campaign.

Vic once told me how he was obliged by Rolls to take a brand new Rolls or Bentley motor car from the production line every six months to use as his personal transport. This applied to all Directors and was to improve the liquidity of the second hand market. It worked!